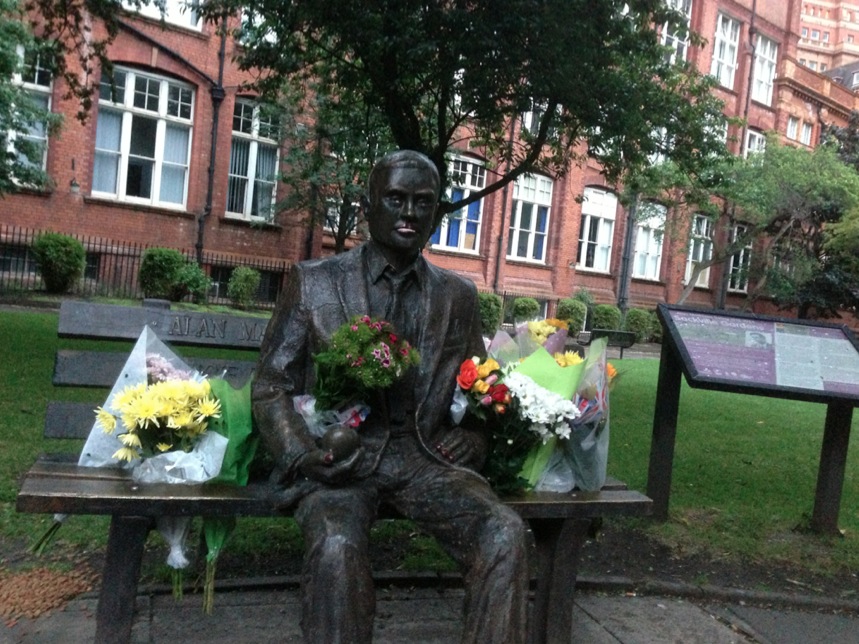 At about Christmas in 2012 I was talking with some CompSci friends from various backgrounds and the subject of Alan Turing’s statue in Manchester came up. I mentioned that I’d be in Manchester around the time of Turing’s Birthday, and thought it might be nice to put some flowers at the statue as a recognition of a man who was very important to both history, and to the whole area in which we work.

One thing led to another, and when we spoke to friends from other universities more and more of them wanted to be involved. So on the night of 22nd of June, three of us stood in front of Turing’s statue in Manchester having carefully carried in sixteen different flower bouquets that had been paid for by CompSci (and related subjects) postdocs and PhD students from:

We had a moment of silence in a reasonable amount of rain, took a couple of photos, and moved on. 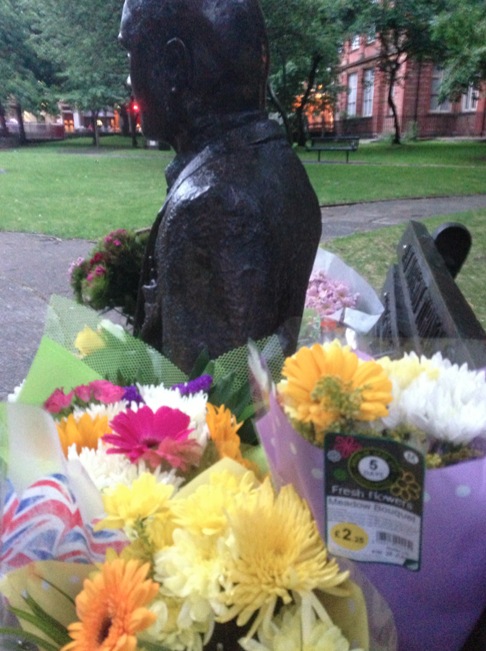 (and you can imagine, we are suitably scandalised that we forgot to take some of the prices from one of the bunches of flowers)

At 4am the next morning, some of us returned to the statue to check that it hadn’t fallen afoul of Manchester’s occasionally boisterious nightlife, and took some more photos. (one of the reasons for this, was that when we first laid the flowers, we found that some person had previously given the statue some marks on the lips, which you can just see on the photos 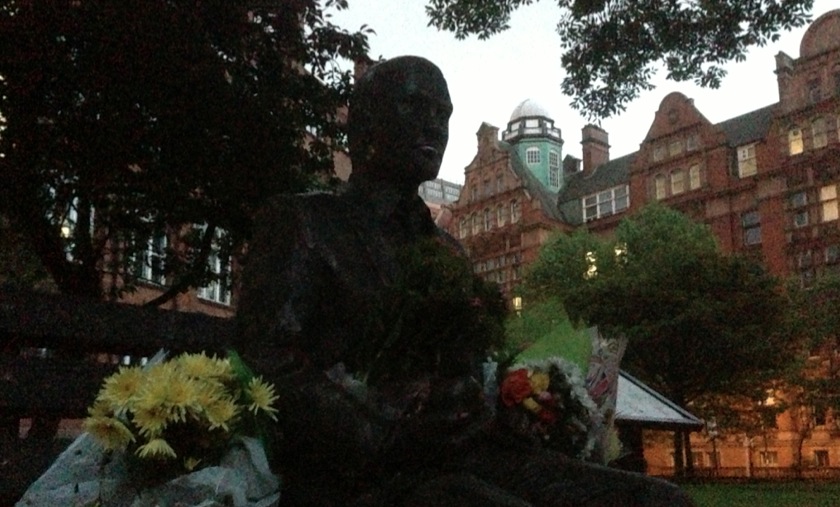 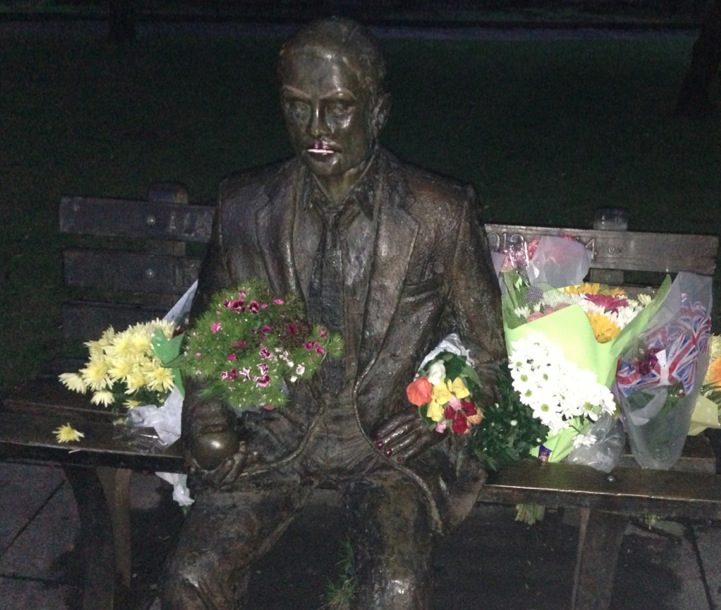 We were pleased to find that Manchester’s nightlife had left the statue in peace. At this point we were happy: a group of us had got together, done a nice thing to show our appreciation and, not incidently raised a certain amount of money for Bletchley Park to help keep Turing’s history alive.

At this point in the story, social media gets involved, and it all goes a bit… viral. 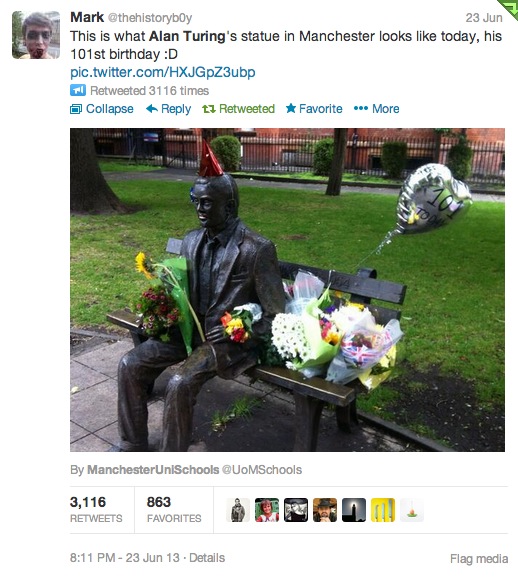 A photo of the statue, taken at 8pm that day started circulating on Twitter… and it quickly racked up thousands of retweets. As it happens, the people of Manchester are an appreciative lot and it appears joined in with gusto – more flowers appeared, balloons, and a party hat. (I honestly am not sure about the hat – we were thinking ‘solemn reverence’ and the balloons and hat are not really in keeping – but on the other hand birthdays should be about celebration…) 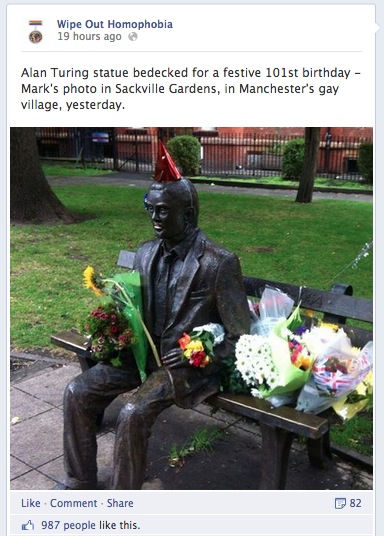 So yeah, judging by some of the truly lovely things that people wrote on social media (I have no idea how to work out just how many retweets there were in total, but we believe it’s in the region of 10,000), this is something that people like seeing. 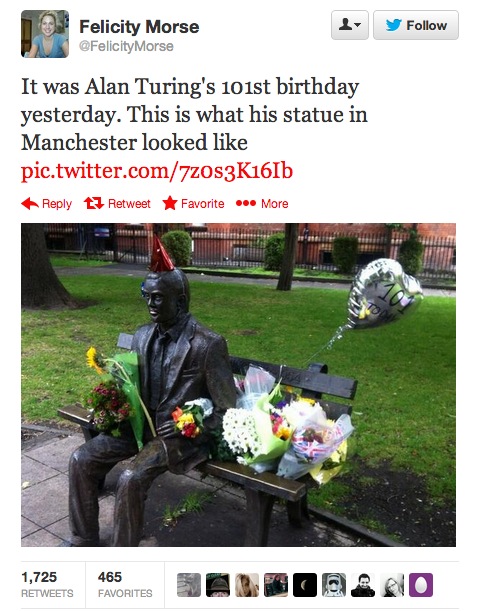 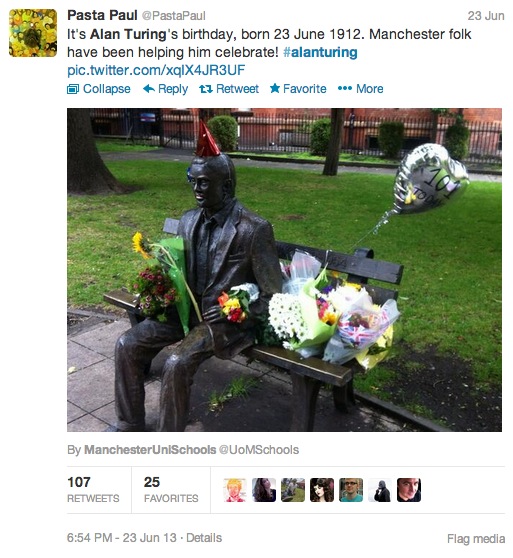 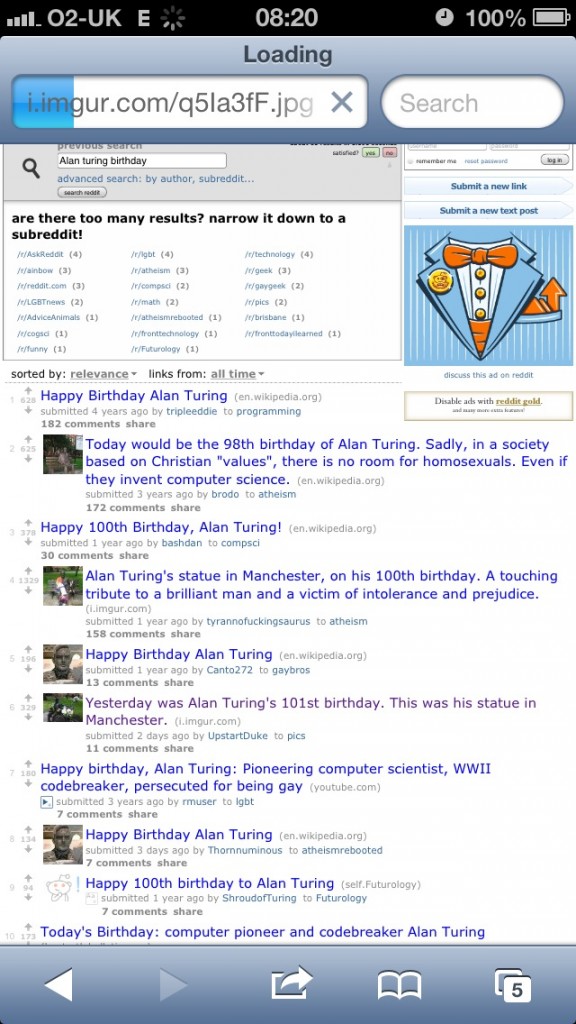 As an odd postscript… just before Christmas, Turing’s pardon was announced and we ended up with a little more (mildly misplaced) publicity… 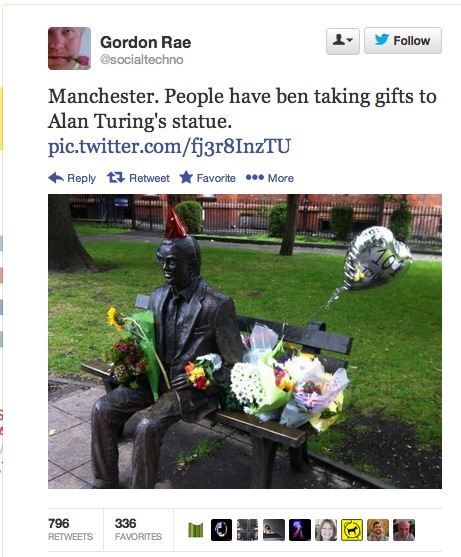