So this is what Alan Turing’s statue looked for his birthday: 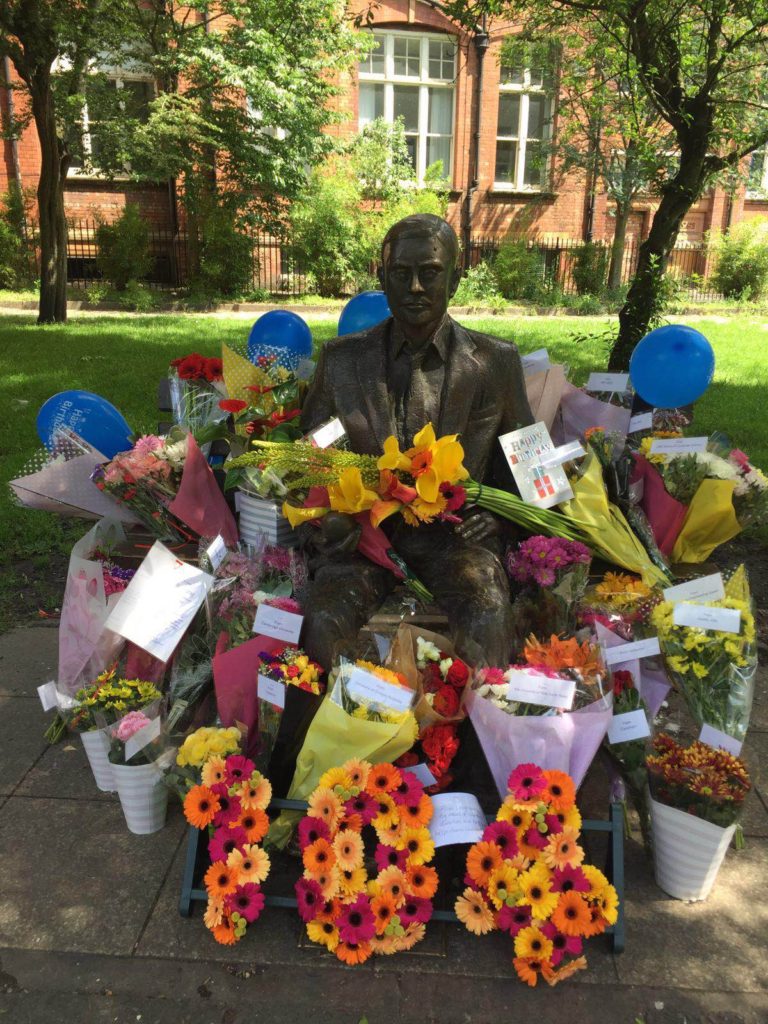 Which is pretty incredible!

Our rough total amount of donations came in at £2050.

After expenses (Flowers and PayPal Fees), the total donation to Special Effect is £1,850.14

The flowers themselves look considerably better this year – full credit to, my mum and dad for buying, fetching, arranging and generally sorting them, and also to David Wayman Flowers, who provided the centrepiece. 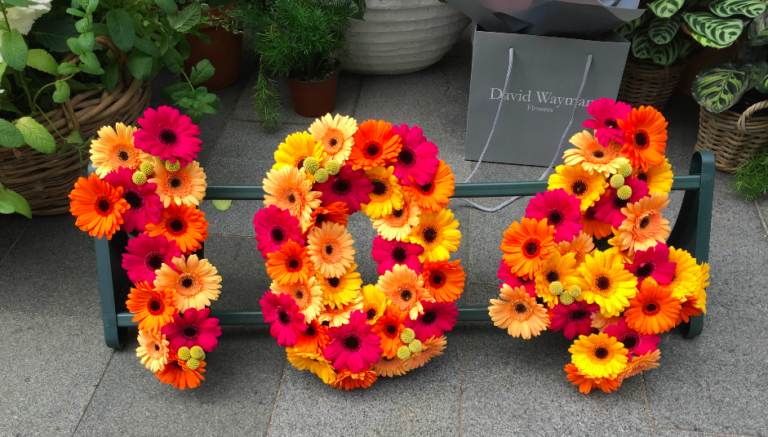 We also had our first corporate donation. The company Lovehoney very generously held a bake sale and made a donation for a total of £1368.96.

I’ll put up the accounting post shortly so that it’s clear to everyone that all the money went to the right place) but right now I’m basking in the glow of a job well done. Really pleased that everyone came together on this one.

I’m now going to dump a heap of the wonderful photos and so on that turned up on social media over the course of the day.

Starting, of course, with this lovely video: 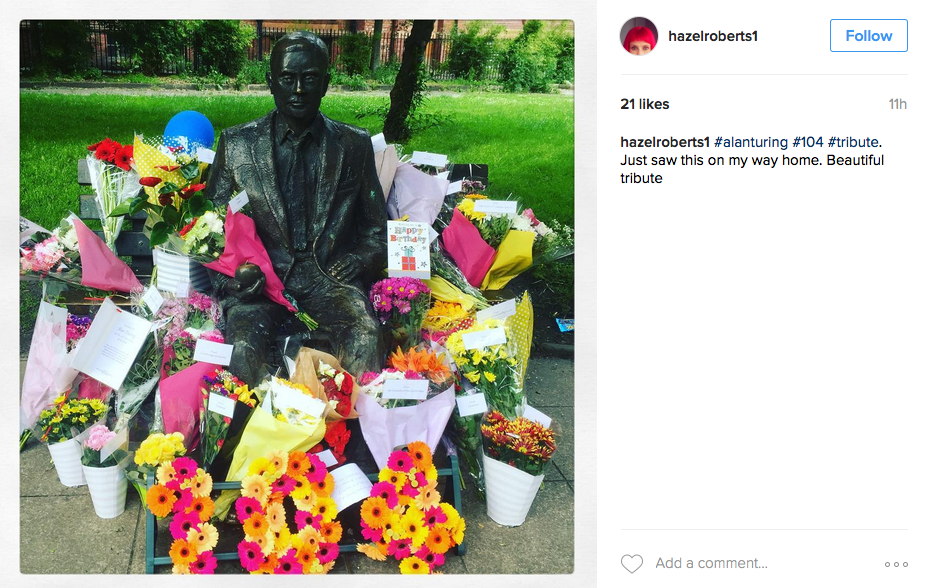 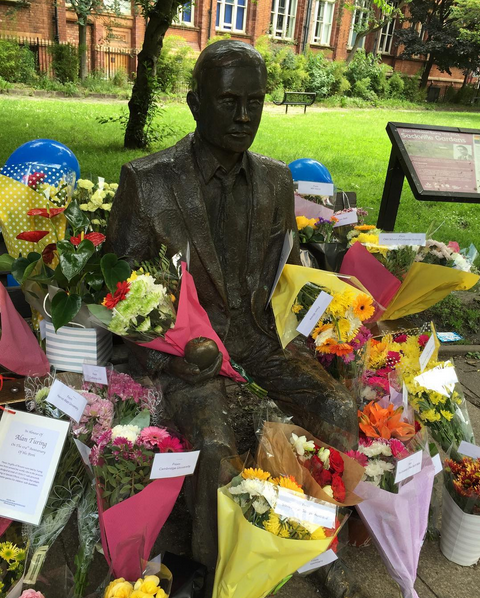 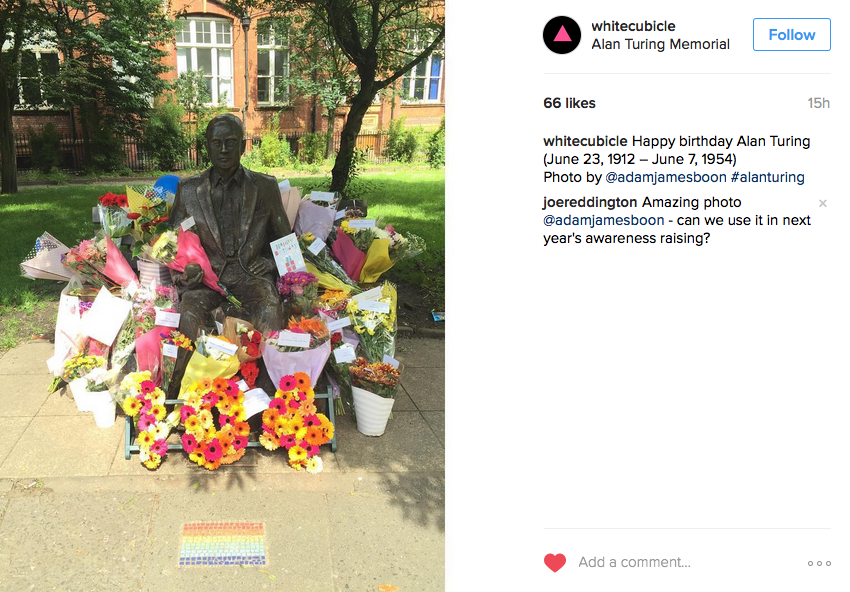 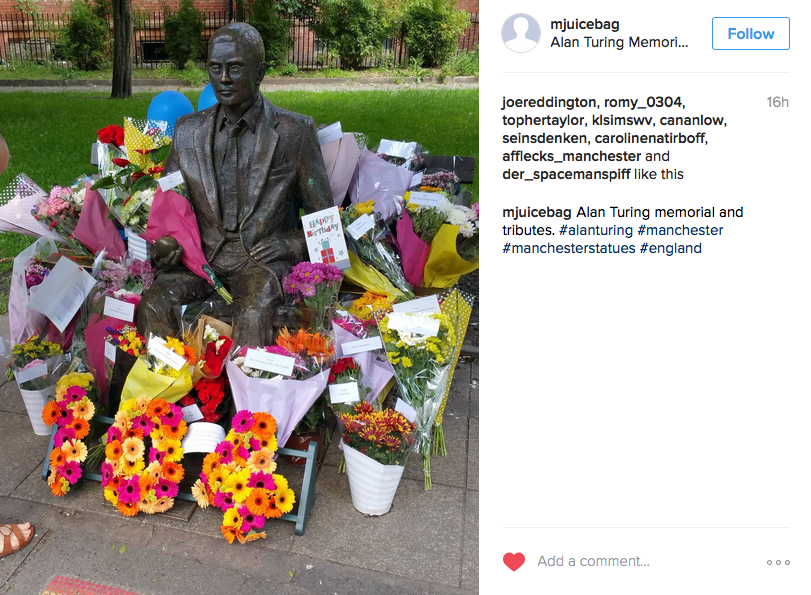 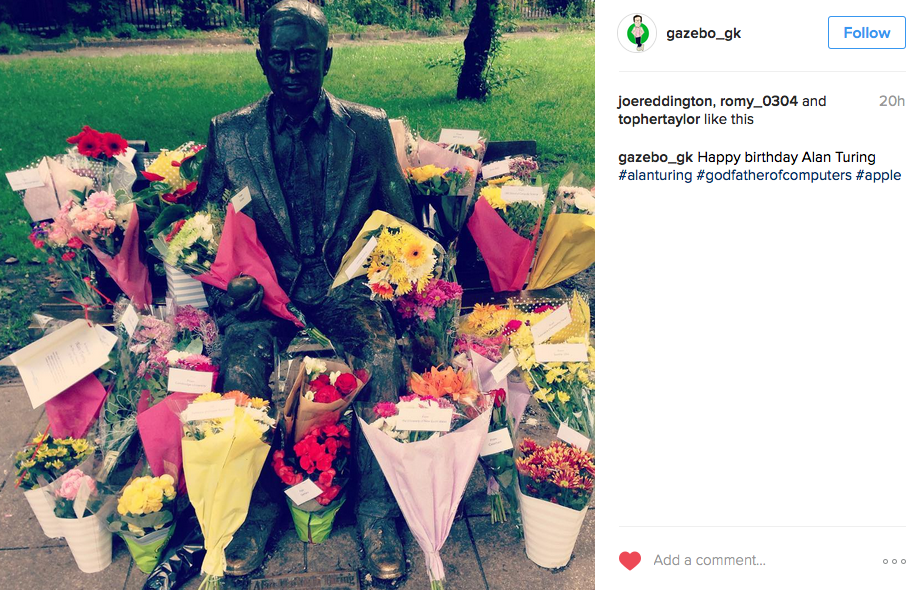